Skip to main content
You are here: News › News ›

Published
on
| 12,722 views
| 1 follower
members are following updates on this item. 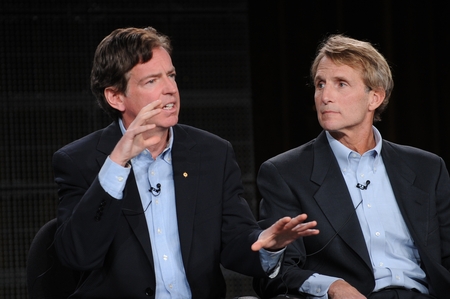 National Geographic Channel previewed its 2011 season at the TCA Spring Tour in Pasedena in January.The new season of EXPLORER unveils three episodes illuminating what it means to cheat death. Go inside the harrowing experience of iconic American Hostage Terry Anderson, held captive nearly seven years by radical Muslims. Take a provocative look at advancements in growing replacement organs in How to Build a Beating Heart. Then, why do so many people who've had near-death experiences report the presence of guardian angels? Break down the barrier between science and the supernatural in The Angel Effect. Astronaut Jerry Linenger an John Geiger spoke to journalists about the latter. As The Globe and Mail reported:

The revered documentary series will air an episode based on Geiger's book The Third Man Factor: Surviving the Impossible, which profiles people in high-risk occupations who have survived near-death experiences with assistance from an unseen presence. "This phenomenon is tremendously underreported," Geiger told TV critics. "When I started looking into it, climbers, solo sailors, shipwreck survivors, polar explorers -- none wanted to talk about it because they're very tough men and women, and to concede there may be something else at play might be perceived as a sign of psychological weakness." Geiger appeared at the National Geographic session alongside NASA astronaut Jerry Linenger, who spent several months aboard the Russian space station Mir on what was later described as the most dangerous mission in space travel history. As related in Geiger's book, Linenger claims he felt the presence of his deceased father during the disastrous mission's lowest ebb. "I heard him talking to me, saying, 'Jerry, I'm proud of you. You always wanted to be an astronaut. You're going to make it through this.' And it was a positive thing that got me through the situation," said Linenger.

The Hollywood Reporter hailed the film as "a very intriguing documentary." Hollywood Today declared the film "gives both sides of the argument [science/religion] an interesting voice." Watch for news of the premiere broadcast of The Angel Effect on Natonal Geographic Channel's EXPLORER in April. 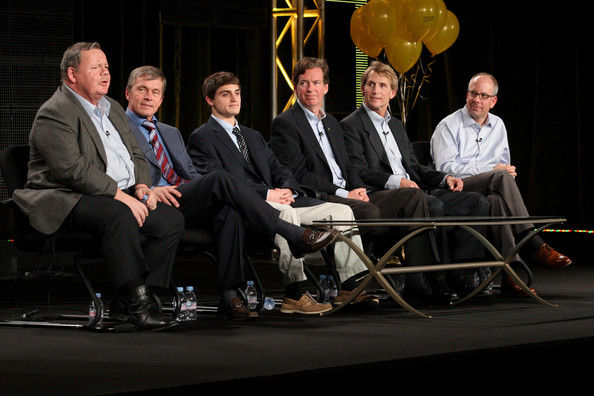 Pinning this post will make it stay at the top of its channel and widgets.

This pin will expire , on